The Arts – The Soul Of Society

The Arts – The Soul Of Society

This course, The Arts – The Soul of Society, consists of a nucleus of vital knowledge necessary for the recovery and development of contemporary music and the arts, providing for the long-awaited renaissance of our new millennium.

It is the result of the science of the Analytical Trilogy, the successful unification of the sciences with theology and philosophy, and applying this science to the artistic professions, producing a heightened awareness of the hitherto unknown vital role of music and the arts in both psychological and social life.

If the student contemplates and acts on the content of this course, a new and profound vision of the arts will open up into a dimension that pertains to the divine reality of what it means to be truly human, creating a link between the physical and spiritual worlds.

– With the latest scientific discoveries about aesthetics, discover the secrets of artistic transcendence through the centuries.
– Through artistic-cultural means, develop a perception of the reality of our contemporary world.
– Through the Trilogical Company model, learn in practice how to connect artistic production to the needs of society.

Who should take this course:

Intended for the general public – all students, teachers and professionals interested in delving into the wonders and life of the cultural-artistic-scientific universe.

Teaching Method by Aesthetic Universals Instead of applying the commonly used teaching method which goes from an accumulation of details to reach the overall desired result, the innovative Keppean teaching method puts the student in contact with the universal principles that exist in the field of the arts. In this way the student understands not only the fundamentals of his study, but also the necessary details which fall into the place in a natural, more intuitive and logical way. At the same time, FATRI teachers are highly trained in the area of helping students overcome the psychological obstacles to learning that come in all their forms. Therefore, the result is a psychosocial therapy for the student.

This is an essential course for artists of any discipline who want to delve into the universals of creation, as well as for those who simply love cultural, artistic and spiritual development. As the cultural and social values of goodness, truth and beauty come from the arts, this course benefits not only the students but the community at large as a result.

2. Society's Need to Adapt to the Arts

4. The New Aesthetics of the Third Millennium

5. The Reality of Spiritual Warfare in the Arts 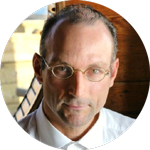 Gilbert Gambucci At age 17 Gilbert Gambucci was awarded the National Paderewski Piano Tournament Award in the United States and was later awarded a full scholarship, Emerson Scholarship Award, at the Ithaca College School of Music in Ithaca, New York where he obtained his Bachelor of Music degree. He also obtained the title of Professor of Arts Full Degree from the Keppe & Pacheco Trilogical College in Brazil. He has performed professionally as a pianist and lecturer on four continents. Since 1984, he has worked daily with the International Society of Analytical Trilogy under the direction of Dr. Norberto R. Keppe, resulting in his books: Inside Music – Art and Transcendence, Third Millennium Renaissance – The Vital Role of Music and the Arts in Society, and Unresolved – The Severe Pathology of Socio-Economic Power. Currently Gilbert Gambucci is an international academic representative and professor of piano and transdisciplinary studies at the Keppe & Pacheco Trilogical Colleges in the cities of São Paulo and Cambuquira in Brazil.